Home » Blog » What Percentage of Internet Traffic Is Mobile in 2020?

What Percentage of Internet Traffic Is Mobile in 2020?

There was once a time when a mobile phone was simply a device you would use to call or text. Perhaps you’d even play the odd game of Snake II if you were lucky!

Things changed massively after 2014. This was the year when the number of people accessing the internet through mobile overtook desktop. Before this happened, accessing social media, games, and online stores “on the go” was not as common. Checking emails was also something you’d only do at work or home on your PC.

Which begs the question:

“What percentage of internet traffic is mobile?”

Continue reading to find out!

1. Over 4.33 billion people around the globe use the internet every day.

Ever wondered how many people have access to the internet worldwide?

At the moment, this figure stands at an impressive 4.33 billion, according to a survey that looked into how many people use the internet every day in the third quarter of 2019.

Comparing this to figures from the third quarter of 2018, this represents an increase of 327 million people year on year. Interestingly, the number of active internet users worldwide is growing eight times faster than the world population.

Chrome is the runaway winner, due to its convenience, ease of use, clean interface, and excellent security features like protection against phishing and malware. Safari is the default browser for Apple products, thanks to its speed and range of smart features.

3. 5 billion people around the world use smartphones.

In other words, 45.04% of the total world population owns a smartphone. This is a substantial increase compared to the number of smartphone users back in 2016, which was just 2.5 billion or 33.58% of the global population that year.

Taking into consideration users who own a basic phone, 5.28 billion people fall into this category. So, just under 68% of the entire world population owns some type of mobile device. This means that 23% of the global population owns a mobile phone without “smart” capabilities.

According to the latest mobile phone usage statistics, almost half of the planet now owns a smartphone.

When it comes to the question of what percentage of internet traffic is mobile, it’s important to point out that, by 2023, the number of global users is expected to reach 7.33 billion. Additionally, 72% of all internet users utilize smartphones purely to use the internet.

5. 62% of global users access the internet on their mobiles.

In fact, mobile devices now account for 48.2% of all worldwide internet traffic, as stated by the latest mobile internet usage statistics.

Mobile internet growth has been unprecedented in recent years. Between 2007 and 2015, the growth in total global users rose rapidly for mobile, compared to the steady increase experienced for desktop during the same period.

In fact, the number of global mobile users surpassed desktop at the beginning of 2014, based on historic mobile vs desktop internet usage statistics.

6. The average mobile bounce rate sits just below 60% at present.

This is higher than other devices such as tablets (under 50%) and desktops (under 45%).

There are several reasons:

First, users accessing websites on the go are less inclined to read the content as thoroughly as they would on their PC. They simply want to scan for contact details then leave the page.

The second reason for the high bounce rate is poor user experience – i.e., the webpage hasn’t been optimized for mobile. But as more and more website owners are catching up with this trend, we are likely to offer you a very different answer to the question of what percentage of internet traffic is mobile in the not too distant future.

This makes it the most popular search platform, according to the latest mobile search statistics.

DuckDuckGo seems to be the one to watch. Since its usage figures were first released back in Q4 2017 (46%), it has now risen in popularity to 58% in Q4 2019. This growth dwarfs the rate its three other competitors have achieved in the same period.

8. People spend 143 minutes per day browsing the internet on their phones in 2020.

In contrast, people on average spend just 38 minutes per day browsing the internet on their desktops.

The pattern that has emerged is that from 2011 to the present day, the number of minutes people spend browsing the internet on their desktops has been steadily decreasing.

Contrastingly, mobile browsing statistics indicate that the case for mobile is very different. In fact, the number of minutes people spend browsing the internet on their smartphones is increasing each year.

9. More than 97% of internet traffic for mobile devices comes from mobiles and tablets.

The mobile web traffic stats refer to “mobile phones” as any feature phone, smartphone, or mobile with a built-in web browser. However, the share of “feature phones” is low at around 6%.

The other share of traffic refers to major mobile operating systems like iOS, Android, Windows Phone, and Firefox OS, amongst others. Interestingly, the figures are nearly four times greater for mobiles than tablets.

Nevertheless, this could change, considering the number of tablets coming to the market is continually increasing.

Fast forward to 2025, and it will rise even further to a mind-blowing 160 exabytes. Smartphones will remain at the heart of developments. This stands at 90% of traffic, a figure that will rise by 5% by 2025. 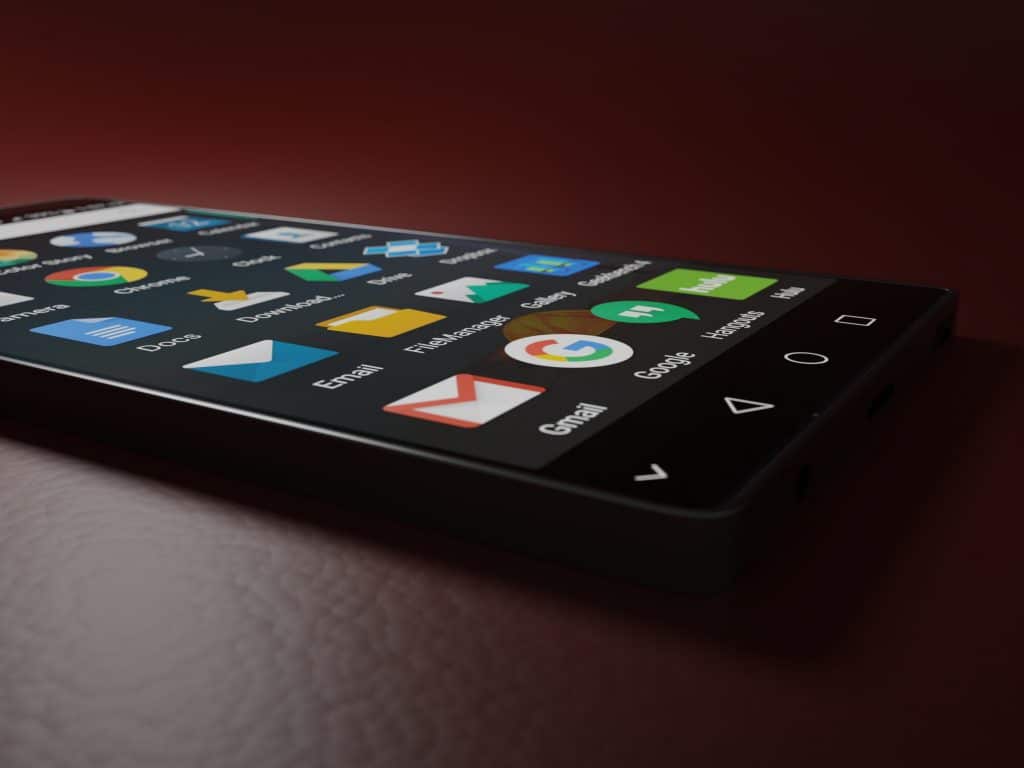 For desktop, this figure drops down to just 9.3%. 28.3% of people will open emails in a webmail client.

What’s more, 75% of people report they use their smartphones more often to check email, while 25.6% of people claim they first read their emails on their mobiles. This seems to be most popular with young people.

In fact, 40% of 14 to 18-year-olds say they read emails on mobile first. As age increases, fewer and fewer people do this, as revealed by recent mobile email usage statistics.

Desktop shoppers tend to take a full month to decide whether to buy a product. On mobile, 70% of searches lead to action within just one hour!

In fact, 67% of consumers conduct “window shopping” on their mobiles rather than desktop. Augmented reality is expected to be a significant influencer in future mobile commerce sales. Be sure to keep an eye on current mobile commerce statistics to stay up to date.

15. The mobile gaming industry consists of almost 50% of the worldwide games market.

When delving into these mobile gaming statistics even further, smartphones account for $50 billion, while tablets make up the remaining $13.2 billion.

Contrastingly, the amount earned through console gaming was only $38.3 billion—a far cry from what is generated through mobile gaming.

What percentage of websites are viewed on mobile?

48.2% of worldwide internet traffic is now accessed through mobile phones. The use of mobile phones to access the internet has grown so much that it has now surpassed desktop internet access.

What percentage of Google searches are done on mobile devices?

Based on stats from 2019, 61% of mobile searches are made using Google. This means it is the most popular search engine for mobile. DuckDuckGo is another relatively popular platform, with 58% of its organic search traffic coming from mobile.

How many people use mobile data?

Not many people use all their allocated mobile data. In fact, a recent survey revealed that 67.3% of respondents don’t even use what they’re allocated. 12.2% said they use what they have been allocated, while 6.3% claim to purchase more data due to running out.

For Mobile Internet, the Only Way is Up

Before the advent of mobile devices such as smartphones and tablets, everything online had to be done on a PC or laptop, which was restrictive in many ways. Now, things are very different.

Advances in technology, better mobile browsers, awesome apps, immersive games, and social platforms are slowly prying people away from their desktops and giving them the world at their fingertips no matter where they are based. Facebook and Instagram are, for the most part, made for mobile.

It seems there is still work to be done to get more people to make the shift, something perhaps hinted through the fact that over 60% of people don’t use all their mobile data per month.

But now that most people spend as much as 143 minutes a day on mobile browsing, along with new connection technology like 5G, it will be interesting to ask the question “what percentage of internet traffic is mobile” in five to ten years.

Awesome UX Statistics to Help You Improve Your Site in 2020

Black Friday and Cyber Monday 75% Off All Courses

Black Friday 50% Off Your Total Order

Black Friday 40% Off Your Logo