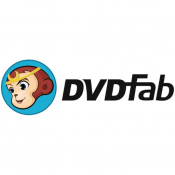 Get 40% Off Select Software

Using a DVDFab coupon code gets you an extremely useful piece of software, whose primary feature is ripping video off discs and onto your computer. Both DVD and Blu-ray discs can be ripped. There is a whole range of options as to how to do so, whether it’s backing up the data on the disk or converting it to be played on a mobile device.

That said, whether you’re a casual consumer or expert video producer, there will be plenty here for you. In this article, you’ll learn how to get access to this software while spending as little as possible, with the help of some handy coupon codes and other tricks.

Not only is DVDFab itself flexible, but you also have plenty of options as to how to purchase it.

If you want every feature, you can simply buy the All-In-One package. If you only require specific capabilities, though, you can opt for one of the ‘single products,’ such as DVD Copy, Blu-ray Ripper, or Blu-ray to DVD Converter. Naturally, the fewer features you require, the cheaper your purchase will be.

When evaluating how to use a DVDFab discount code, you must also evaluate how long you’re going to need the software. All products are available for one year, two years, or lifetime. As usual, while the longer-term options have a larger upfront price, they’re more cost-effective than the shorter ones.

Whatever option you plump for, it goes without saying that you want to save as much money as possible on your purchase. That’s where a DVDFab promo code comes in. There are plenty of them out there, offering discounts on various specific products, so let’s take a look at the best on the market right now.

There are two main types of coupons — those that DVDFab offers and those you’ll find elsewhere.

DVDFab actually does an excellent job of providing its own coupons for the customers. Things kick off with the ‘F25’ coupon, which gives you a 25% discount to be used on any software product.

There’s also a ‘Thanks Party’ DVDFab promotion, which gives you 30% off the All-In-One package, and even nets you some extra gifts, including a $30 Amazon gift card. If you’re after one of the specific tools instead, you can get 35-65% off the likes of Enlarger AI and Video Downloader Pro.

Head to a third-party site, and you’ll find even more DVDFab deals. One can help you save a hefty 50% on the DVD Copy tool. Another can net you a 35% storewide discount to spend on whatever you please.

As well as shorter-term commitments, there are also coupons for the lifetime variants of the software. That includes 20% off Ultra HD Copy and Ultra HD Ripper, and a 30% discount on the DVDFab All-In-One Lifetime Gift for Mac users.

How to Find Coupon Codes

Where you go to find your coupons depends on the type you’d like to use. If you’d like one of DVDFab’s own promotions, you can find most of them fairly easily on the website. Right at the top of the Store page, for example, you’ll find the F25 coupon that grants you a 25% sitewide DVDFab discount.

Be aware, though, that even some of DVDFab’s deals aren’t clearly visible on its site. To catch both those and any third-party promotions which might be superior, we’d recommend using a different website instead.

Popular sites to find these deals include DontPayFull, Tickcoupon, and CouponCodes. A simple Google search will reveal plenty more options, though, and you should have no trouble locating a juicy DVDFab coupon code.

Promo Codes for Subscribing to a Newsletter

Technically, DVDFab has a newsletter you can subscribe to. If you do so, the site assures you that you will be informed about ‘discount offers.’ However, we found no evidence for this claim, and would recommend simply finding your own discount codes as a quicker and easier option.

How to Redeem Promo Codes

If you’re using one of DVDFab’s own deals, then the discount will often be applied for you automatically. If not, just pop in the code yourself. You can do so on the purchase screen, where you’ll see a ‘Have a coupon code?’ option on the right.

If you’re using a third-party site, simply select the DVDFab offer you’re interested in, then hit the ‘Get Deal’ button (or similar). This should open the purchase page for you on the DVDFab website, where, again, the deal will either be applied automatically or you’ll need to enter it manually.

How to Save Without DVDFab Coupons

Generally speaking, using a coupon is the most straightforward way to get the best possible value on your DVDFab purchase. There are certainly other ways to do so, though, and we’ll take a look at some of them now.

Most retail businesses nowadays like to capitalize on the calendar’s major occasions, and DVDFab is no different. The company loves tying into holidays and other widely celebrated events. Here are a couple of its most noteworthy seasonal DVDFab deal examples.

DVDFab has been known to offer some excellent deals in the Christmas holiday season, which, in the past, included 50% discounts on both single products and bundles, including the All-In-One Lifetime Gift.

Black Friday has become one of the best days of the year to net a digital deal, and you will indeed find a DVDFab Black Friday sale in late November each year. Recently, this has featured a 50% discount on its most popular products, 60% discounts on flash sales, and even giveaways for Amazon gift cards.

Unlike other software distributors, DVDFab does not have a ‘refer-a-friend’ promotion. There is, however, an affiliate program that serves a similar purpose.

Joining the program is free, and by using your own bespoke affiliate link, you can market and sell any of the regular products. To begin with, each DVDFab sale you make nets you 30% in commission, but this can actually rise over time if you prove a consistent salesperson.

Play your cards right, and this could certainly prove lucrative. DVDFab boasts that its products see a 3% conversion rate, which is higher than the usual 1-2% for other commercial sites.

When a company is asking you to make a commitment for a whole year, at the very minimum, it’s only natural to hesitate for a moment. Even with a DVDFab code, after all, you’re still being asked to spend a decent chunk of money here.

For starters, you should definitely know that DVDFab does not have any kind of return policy. Once you’ve made your purchase, that’s it; there’s no way to get a refund.

That might sound a little scary, but fear not. This certainly qualifies as ‘try before you buy’ software, thanks to the generous DVDFab 30-day free trial. You’re essentially given a whole month to test the software, ensure that it’s fully functional and stable, and that the features work for you.

DVDFab is a highly useful and powerful piece of software. If you’re looking to rip video off a DVD or Blu-ray disk, this is a great route to take, as you’ll quickly realize if you use the DVDFab free trial.

Perhaps the best thing about DVDFab, though, is its pricing flexibility. Not only can you choose the length of your commitment, but you can also opt either for the All-In-One package or simply for the tools you’re going to use.

Either way, we’d absolutely recommend using a DVDFab coupon code to greatly reduce the cost of your purchase and improve the already excellent value of this software.